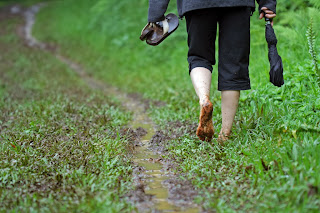 Off the beaten path. . . especially if the path has beaten you down!

I am truly amazed at how many educational choices and pathways exist in this moment in history. And for that I am grateful. Although some may argue that we’ve become too individualistic as a society and that our consumerism has even taken over the educational realm, I am still grateful.

For parents. For teachers. There are choices.
No two children are alike in their educational needs, gifts, talents, and futures. For more decades than I’d like to count, we’ve made difference out to be “bad,” intolerable, and separate. Trying to fit a square peg in a round hole is not only difficult (if not impossible), but painful as you must break the square peg, or at least shave off its interesting corners to make it fit. There have been too many broken children for the sake of staying on the traditional path.I see education now as a puzzle. Differently shaped pieces fit together to create a beautiful scene. It doesn’t matter if it is a 20 piece puzzle or a 2000 piece puzzle – the scene it creates is the same.

The “powers that be” and those who want to maintain the status quo get nervous when you step off the well worn path. Our job as parents and educators is not to keep people in line (much as we want to, especially in crowded school hallways), but to help each child find the right path for them to get what they need.

My own children experienced traditional public school, homeschooling, dual enrollment, early college, and virtual school during their journey toward preparing for college and career. Their paths zigzagged across systems and states. And they are both the better for taking the roads less traveled.

Sometimes when enough people step off the well worn path, they create new and more direct routes to a destination. Sometimes its better not even to pour the cement for the sidewalk until you see the paths people tend to take on their journeys. When I took a dozen high school students to Notre Dame for their ND Vision retreat, we saw how many sidewalks crisscrossed that campus. The pattern was established after the university saw how students chose to walk. More often than not, they chose the most direct route for themselves. 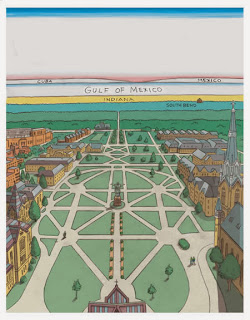 So if your child needs to take a different path than the one already paved, walk with them and seek out alternative routes. One is not better than another. Different is just that, different. The idea is to get where you are going.

Two roads diverged in a wood, and I —
I took the one less traveled by,
And that has made all the difference. (Robert Frost)