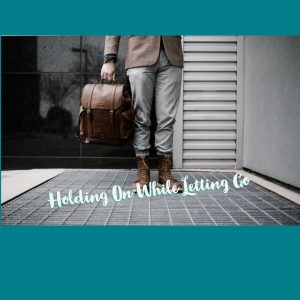 LISTEN TO ME READ THIS STORY TO YOU!

Better to hold onto things with.

Better to carry something heavy.

Better to handle things that are too heavy for someone else to handle.

On the one hand, she carried the memories for her brothers and sisters in a box.

On the other hand, she held her mother’s hope chest high above her head.

On the one hand, she held the door closed against a wolf disguised as a lamb.

On the other hand, she balanced hundreds of books full of her own hopes and dreams.

But then what she could hold became too heavy.

Her hands began to hurt. They were swollen and twisted. Her knuckles became the size of plums and her fingers curled up like fiddlehead ferns. She was afraid her bigger than most hands were no longer big enough.

The girl whose hands were bigger than most went to the doctor to find out how to heal her hands. She wanted her knuckles to shrink to their original bigger than most size and her fingers to lay straight like arrows.

The doctor examined every part of her. Using her ruler, she measured her from head to toe. Using her scope she peaked into her eyes, her ears, and even her nose. Using her stethoscope, she listened to her heart. Then she said:

Your body is of average size since you are of medium height.

Your head is of average size since you wear medium size hats.

Your feet are of average size since you wear a size 7 shoe.

Your nose is of average size since everyone says so.

But your heart, my dear, matches your hands. It is bigger than most.

How can that be? The girl asked. I thought the only part of me that was bigger than most were my hands.

The heart and the hands work together. The doctor explained. Big heart, big hands. Little heart, little hands. The heart is what makes you able to carry as much as you do with your hands.

But my bigger than most hands hurt so much now. Does that mean my heart is hurting too?

Actually, your bigger than most hands are hurting because your heart is hurting. The doctor said.

The girl wondered if the answer to the pain in her bigger than most hands was to make her heart smaller. After all, if her heart were smaller, than her hands would become smaller. Then maybe they wouldn’t hurt so much.

But how do you shrink a heart?

The doctor wrote a prescription on a little white notepad for the girl.

“Let go of those heavy things so you can hold onto those lighter things. Do this every morning – forever.”

The girl went home and looked around at all that she was holding. They were very heavy things.

Monday she let go of one heavy thing, but held onto the rest.

Tuesday she let go of another heavy thing, but held onto the rest.

Wednesday she let go of another heavy thing; her knuckles started to shrink down to the size of a walnut.

Thursday she let go of another heavy thing; her fingers started to straighten out more like a tree branch.

Saturday she let go of another heavy thing; her knuckles now the size of marbles.

Sunday she let go of another heavy thing; her hands were back to the original bigger than most size and shape.

The pain was gone. Her heart no longer hurt. There was balance in her body and spirit.

Now every morning she looked around to see what things she was holding.

Every morning she let go of what was too heavy, so that she could hold onto the light.