In 1968 I was in kindergarten in Staten Island, NY at P.S. 8 It was quite a tumultuous first year of school for me. I was out of school more than I was in. No, I wasn’t an attendance problem – God forbid! But 1968 brought with it some very unsettling perspectives that disrupted the status quo.

For me, personally, I started my school career at P.S. 8 in Staten Island but by the first few weeks of school 60,000 New York City public school teachers went on strike! As a result, about 1/5 of the school year’s instructional time was lost and more than 1 million children, like me, were affected.

Why did 60,000 teachers walk out of their classrooms in the Fall o f 1968? It was a response to a new “community control” effort to segregate previously desegregated schools in Brooklyn and beyond. It was a response to racism. Teachers who refused to go along were fired, and then the union in an effort to protect teachers encouraged a strike. Teachers from each of the boroughs of New York City walked out for 36 days in the Fall of 1968.

I have no memory of attending P.S. 8 while in kindergarten because of this strike. After the strike was over, I got the chicken pox and missed more school. Then we moved and I attended a different school the second half of my kindergarten year (P.S. 42).

Is there a difference between the teacher walk outs in 2018 and those that occurred 50 years ago?

In 1968 teachers walked out in support of others – not in their own districts – who were discriminated against. They spoke up for those who couldn’t speak for themselves. In 2018 teachers are walking out in support of themselves. They have found their own voices! The injustice and inequity still exists and there is a disparate difference between those districts/states that receive robust funding and those that do not. We’ve waited quietly, although often quietly grumbling under our breaths, for society to recognize the value of an education. Waiting has not woken anybody up! But walk-outs have.

Yes, parents and taxpayers are upset that teachers have walked out of their classrooms. There is a real concern that instructional time is being lost. Students may fall behind due to these walk-outs; as they did in 1968. But change does not happen in quiet desperation. Change happens with loud and persistent voices.

For years I’ve written about being a voice for teachers who couldn’t speak. I’ve said that often teachers feel their voices have either been squelched or strangled. It was less of “Shh” with a polite finger to the lips of our oppre 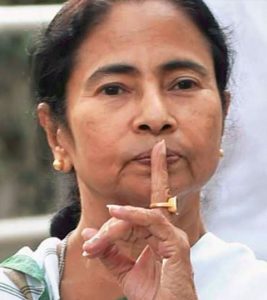 ssors and more of a gag with our contracts stuffed in our mouths.

No more. And yes, teachers are no longer gagged and bound. They are loose!

When you support teachers, you support your children’s education. The two are not mutually exclusive.

I may have missed much of my kindergarten year in 1968, but I am no worse for wear. I am stronger knowing my teachers stood up for what they believed and to this day point to them as models of advocacy and social justice.